Immolation not on Earache in the 90s? 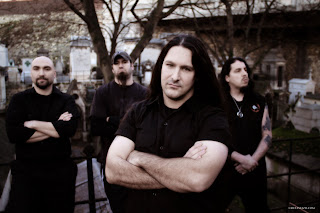 Question: In choosing death it says that immolation nearly signed with earache is this true? personally im very suprised they didnt being as from what i remember hearing in interviews they had dave vincet booking their southern shows and vice versa was happening when MA played the north east of the US. From:


Answer: In the early 90's the death-metal scene was growing fast, all over the world, mainly because of the success of the early bands I'd signed.Being quite picky, I thought we had the cream of the crop on the label ( err with the exception of DEATH who never became available for Earache to sign at that time).Aside from Florida, Uk and Sweden, the Death metal scene was also exploding all over the North eastern US, with bands like Malevolent Creation, Immolation, Suffocation and Ripping Corpse (Erik Rutan's first band).I checked em all out, but couldn't really see anything in those bands that made them better than the bands we already had.To be honest i always considered the NY DM bands a bit second rate, compared to the innovators of the genre.Although the scenesters and bands helped each other with shows and generally promoting the scene, there was very much a heirarcy of bands at the time, which wikipedia and online lists of Death metal bands 20 years on, fail to highlight.
Of course looking back with 20 years of hindsight, Immolation and the others sound just as brutal and fast and deathy as the others, so i can't recall why i dismissed them back then..it must be a certain spark or innate catchiness that some bands had and some didn't.Same thing in Europe, I ignored Grave, Unleashed, Morgoth etc as they were distinctly second rate compared to the bands we already had.Luckily for them plenty of other labels were springing up to get in on the death metal wave, so they mostly found a label home in Century media or Roadrunner and went on to a decent career anyway.
Immolation had a helpful local friend/manager in Kim August (ultimatum zine, she released a Cathedral 7inch aswell) and were considered strongly but I passed on them.Ripping Corpse was the only band from the North east I considered for the label back in the day.
Posted by Digby at 12:59 AM