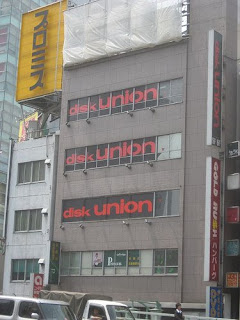 Question: lately i\'ve seen a few earache cds that have been reissued with a host of bonus tracks...exclusively for the Japanese market. what\'s notable is the limited pressing...what i\'ve seen has come in a print run of about 1000 copies or so. i\'ve come across and own a few, including the SORE THROAT \'Disgrace..\', BRUTAL TRUTH \'Extreme Conditions..\', and TERRORIZER \'World Downfall\'. my first question is, why Japan only? i know Japanese fans are some of the most dedicated/hardcore in the world but why not make them available to the rest of the world as well? what is notable is that there seems to be little or no press circling around these reissues (the only thing i can find on the earache website is a listing under the discography section), and it\'s only as a collector that i know about their existence. my second question is, how many Japan reissues have there been to date, and how many more are you planning? as much info as you can shed would be greatly appreciated. From:

Answer: Earache had a great friend and label partner in Japan during the 90's in Toys Factory records- they were the label who represented us in Japan for a decade and during that time released almost the entire label catalog in Japan, totalling hundreds of CDs,and mostly the Toys printings had an extra bonus track or two as is customary in Japanese releases (To combat the way cheaper US and Euro import editions).However the deal ran out in early 2000's and wasn't renewed, leaving our catalog unrepresented and out-of-print in Japan,except via import, so we looked around for a new distro-partner in the country. 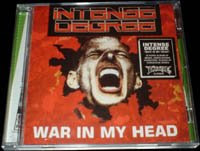 Disk Union is a massive record shop in Tokyo which i have visited many times, its simply a must-see for any music fan, they have a floor for every genre- and stock nearly everything thats worth having, its the best store in Japan.They also sell wholesale,so we arranged with them for certain titles from the back catalog to be available again, exclusively through Disk Union.Being of the completist/collectors mentality, they insisted that many bonus songs were included on their highly limited editions.The choice of the titles is theirs and seems to mostly concentrate on the early HC/Grind releases, which I must admit is not what I was thinking of.

So far Disk Union released INTENSE DEGREE CD (first time ever on CD), SORE THROAT (with long out of print debut Unhindered BY Talent album as bonus), BRUTAL TRUTH & TERRORIZER with unreleased tracks.All limited to 1000 copies, only available from Disk Union, not Earache.
The reason they came without publicity is because we leave the promotion of them to Disk Union themselves, they are mostly meant for the Japanese market, and japanese editons are notoriously expensive to buy in the US or UK.
Keep an eye out on the Disk Union website for more exclusive Earache editions.
Posted by Digby at 12:25 AM