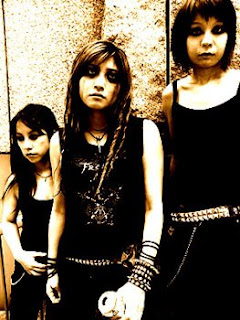 Question: I was going through old ask earache blogs and i found one about the japanease scene and how you said that you thought that the new wave of bands from there were too random for your taste. Im wondering has your opinion changed now that bands like ghallhammer and coffins are popping up bands that seem to have alot in common with the crust punk and early death metal roots of earache? From:


Answer: Yes i agree, for what seemed like for ever the only Japanese bands who got coverage in the UK media were the likes of Boredoms and Melt Banana or the harshest of noise outfits like Merzbow, none of which impressed me too much, and certainly not enough for a record deal.If you didnt delve into the underground, it would appear as if nothing much developed in Japan for a decade.
Things have changed slightly lately with Gallhammer primarily and also Coffins getting loads of publicity.Again, i agree that both have a more crust-punky vibe and less art-sy which is appreciated by me.However both still lack something, and i cant put my finger on it.Both seem average as hell to me.
I reckon a lot of the time, japanese bands receive a heck of a lot of goodwill and extra kudos simply because of where they are from, the exotic and far flung reality of Japan makes the bands automatically trendier than say their UK counterparts.If you actually listen to Gallhammer they are really ropey and average really, their press officer has done a remarkable job actually securing them so much coverage.Coffins are better of course, but again nothing special.Its a Japanese trait to be a facsimile of an established genre, they take copying the details and even the fashion of a scene very seriously and to unbeleivable levels of accuracy.Sadly, I cant say there is a current japanese artist who blows me away, cept DJ SCOTCH EGG of course- hes genius.
Posted by Digby at 3:09 PM