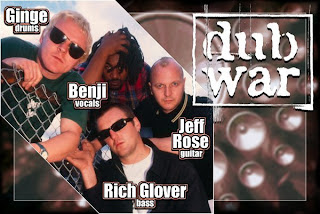 Question: Is it comon for the sales of a defunct earache band\'s records to rise if one of its former members is in a band or is associated with a band who is currently popular eg have fudge tunnel sales been affected by alex newport being associated with the mars volta as a producer/live guitarist, or dub war records because of the success of skindred, or old lady drivers because of its members being part of the popular with scenesters khanate and Sunn 0))) doom bands. The one i could possibly foresee in the future is godflesh, early napalm and scorn due to the fact that the broadrick, bullen and andy swan line up of Final have hinted at a reunion at the supersonic festival because of the up coming final boxset. which band\'s sales have been most affected by it\'s former members current activites? From:


Answer: Actually what you say sounds fine on paper, but it almost never happens like that, unfortunately.None of the band mentioned have sold any more records because of activities of the new acts,some of the titles are 15+ years old, and are hard to ressurrect, mind you it could be because we havent actually pressed the Cds in decade!New bands that form from the ashes of defunct old ones tend to somehow unwittingly bury their own past- and to be frank, no one likes to celebrate past failure, when your current band is busy celebrating current success.Its human nature.
I recall a big debate online by Music Industry folks when Gwen Stefani became a huge Madonna-esque 2 million selling superstar a few years ago, wether her previous under-the-radar ska-punk band No Doubt's back catalog should be re-issued to cash-in/co-incide. It never was.
However, I think there is some grain of truth in your argument, a smattering of new fans will of course be minded to seek out the downloads of the members' former outfits from a decade previously, but its nothing like a huge new groundswell of sales- far from it! Its hardly worth mentioning.To give you an example- Skindred were a great band who really toured their asses off round USA in 2005 or so, and clicked with US radio, appearing on TV and everything- so ended up selling on their major label debut i think 250,000 copies in the USA.Earache did naturally try to ride the success and did infact reissue Dub Wars debut "Pain" from a decade previously- we sold I think 700 copies.Fans are not fools- Ok Benji is the same singer but its a different band from a different era.
Posted by Digby at 9:27 AM