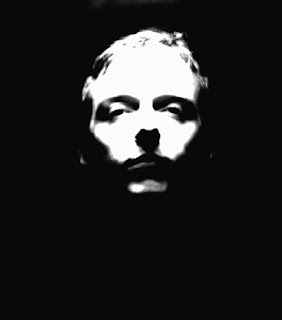 Question: What is the relationship between napalm death and final as this is quite confusing? was it a pre napalm band or a side project as other than andy swan both justin broadrick and nic bullen have both played in earache bands. im wondering as the dates on some of the final cassettes that i have are marked 86-87 surely that is during the same time that justin and nic were in napalm as well as final so surely earache knew of the project\'s existence, is there any reason why you chose not to pick it up? From:

Answer:First of all- who the hell is Andy Swan? never met him, know nothing about him, so to be mentioned in the same question as bona-fide extreme music legends like Nic & Justin, its quite perplexing to say the least.
I think i know the problem: when folks ask about bands and events on this blog from 20+ years ago, most people who weren't there get their historical information from wikipedia or googling the keywords, which is normal and in many cases the pages the search engine throws up are reasonably accurate but they miss the all important context.Facts without accompanying context is just clues to what happened, not the absolute truth.Its hard to tell the driving forces from the peripheral players when presented with wiki bios.Being mentioned as a member of his teenage industrial noise band with Justin, as in this interview gives him a level of acclaim, that frankly he doesnt deserve.I guess if you could find him, and asked, he might even admit this aswell? I think part of the problem is Justin likes to credit everyone he ever collaborated with aswell, which is nice of him.Its true that Nik and Justin met because of a mutual love of early 80's harsh Industrial tape acts,like Con-Dom etc.

In the late 70's a DIY punky-influenced INDUSTRIAL scene began to emerge headed by bands Throbbing Gristle, Whitehouse and SPK.It was quite easy to make your own industrial tape back then- placing a C90 cassette into the oven for 15 minutes made the resulting tape what would be revered as a droning classic nowadays.Try a microwave for modern similar effect.The early teenage Napalmers used to make their own harsh tape loop industrial tapes aswell I believe, while Nic was simultaneously fronting the Anarcho-punk era Napalm Death aswell.
However, by the time I started to hang out with the guys they would often bring up the other industrial tape type bands to me, but i had no interest in them as Earache didnt want to wallow in the past- Industrial was a distinct and popular genre by 1986- so to me it was quite passe- instead the extremely fast metallised HC punk band they developed into was really what interested me the most,because for its time, it was superbly cutting edge and a really futuristically radical form of music, well to my ears anyway, and thats how it turned out.
I guess once Godflesh had run its course, Justin closed the circle and made a FINAL album so he could sell a few copies, which is fair enough.

With all due respect,

Final is Justin Broadrick's oldest project and several vinyls and CDs were released WHILE Godflesh recorded for Earache.

To many undogmatic listeners who have tried to grasp Justin's music as a whole, Final's originality is so obvious and so far beyond making money with a big name attached to mistreated tapes, that having hung out with him and Nic and released some of their work may not prove to be the most direct and reliable path to knowledge. Even the slightest hint that Final recordings are released mainly for monetary reasons is ridiculous after Earache sold a Morbid Angel master tape on ebay.

Andy Swan played on older recordings from 83-87 on the Final One CD released in 1993 and licensed a year later by short time Earache affiliate Bill Laswell's Subharmonic label.

Today he plays in Iroha with longtime J. Broadrick collaborator Diarmuid Dalton and is going to be remixed on their first CD, by, along with B'ham/Cambridge innovators Transitional, ... JUSTIN AND NIC. I admire him for the music's immense beauty and subtle approach to heaviness.

But why does an outsider have to explain to Earache what happened in the context of the label and is still shaping the Birmingham soundscape to this day and beyond, with people in the United States regretting not being to make it to the Iroha concert in Brum?