What happens when bubble/trends burst? 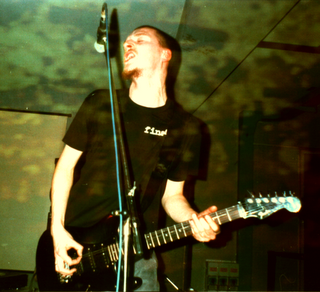 Question: How crippling to a label can a genre bubble burst be? and what is the one that effected earache the most? I find it interesting that when the nu metal bubble burst earache didnt seem to be affected at all although possibly that was because you had bands that were either seen as proto the genre eg godflesh ( i still think justin looses sleep knowing that he influenced korn *shudder*), pitchshifter, dub war or you signed them post the bubble burst like addiction crew or adema.
also do you think if scorn was a new band now do you think they would have been more succesful due to a better record buying public? london duo vex\'d basically took scorn\'s sound and have become comercially successful with it. From:


Answer: Earache has seen many trends and subtrends of metal- thrash metal, death metal,industrial metal, black metal, nu metal, emo/screamo and lately Thrash's resurgence - come and go during 20 years spent releasing records.Depends where in the timeline of the creation of the bubble the label/band is..If a label is the one starting the bubble, and expanding as the trend continues to grow,and decides to ride the trend, then what happens mostly is those bands have been able to generate enough fans, gain momentum and basically had enough success to be able to ride out the wave and continue after the bubble crashes.Its the bands/labels who are 6th, 7th, 8th to the party that lose everything when the bubble bursts.By the same token, often the trailblazers of a scene, the originators and true innovators can get left behind as a bubble expands- they disown the scene too quickly, fail to ride the wave, and more often than not, its the 3rd, 4th 5th band along the timeline who reaps the rewards and by being more commercially savvy, claim the scene as their own.A great example is the Sex Pistols- the inventors of punk, no question about it, but they imploded and only made one proper album, so missed out on the subsequent punk rock shockwave that changed the music landscape, even tho they started it! Sales-wise, Never Mind The Bollocks is still not a platinum album in the UK, and only recently went gold, after 25 years, which is shocking.
This scenario applies to all trends, wether it be stocks/shares/music trends/fashion trends etc..its a universal of human nature, and to do with the psychology of crowd behaviour- there is a whole field of research in this area, and because the phenomenon is mathematically provable, many financial institutions on wall st or in the city use powerful and sophisticated programs to predict the trends in the rise or fall in share prices.Some computer expert has probably tried to apply science to the prediction of music trends i expect, in a lab somewhere...but without much success, so far, but its bound to happen soon. Someday a program that can monitor myspace friend adding trends or myspace playcount trends will be able to see in advance the coming music trend.We do it the old fashioned way by visiting actual clubs and festivals and seeing what style of metal is new and original and exciting.
Regarding Nu metal i really dont think Godflesh had anything to do with it, nu metal came from a whole different ballpark, and regarding vex'd, i think they are just a more watered-down version of Scorn- its arguable that they are any bigger though.judge for yourself here: