Is Thrash a trend/ flash in the pan? 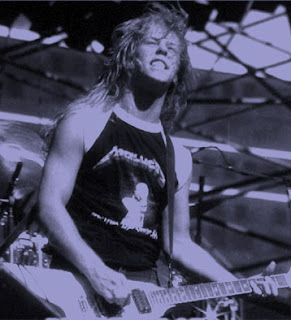 Question: I see lots going on with thrash metal these days. Do you see this as just a trend or is it something that may continue for years to come? Do you think sites like Thrash Never Dies, Uk Thrash or Thrash Unlimited have actually helped to keep the scene alive? I heard Earache does some promotions with these sites. Have these places actually helped thrash? Thanks! From: mooretari@yahoo.com

Answer: Thrash has been going for 25 years dude, since Metallica and Exodus started playing sped up Heavy Metal with a punky influence and hitting clubs in the Bay area of SF.In 1983 Kill 'Em All hit the LP racks, and that seminal album pretty much kick started the THRASH scene as we know it...dunno how you can call a two and a half decade-long scene a trend?But i take your point- the original Big 4 bands who invented the style moved on due to commercial pressures, to make less "thrashy" albums, plus the mid 90's was a poor time for the genre,as Death Metal and Black Metal rose to ascendancy with younger Metallers so Thrash became a distant memory, it did look to almost have died out- but it didnt die out, because below the radar there was always an underground thrash scene, always has, always will be. 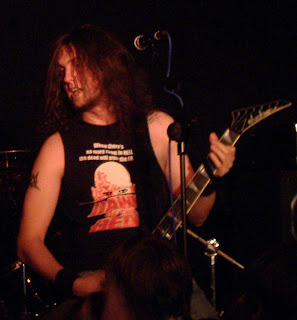 This latest wave of youngster modern thrash bands was mostly formenting within the underground punk/Hc scene and from what i can tell its mostly the internet and the ease of downloading of obscure thrash albums from the first wave which has caused the resurgence among new Thrash kids.For me, the best of the obscure are: RAZOR and HOBBS ANGEL OF DEATH.I meet 19 yr olds who have an encyclopedic knowledge of obscure Thrash which would be unthinkable without the internet.Forums like you mention have been instrumental in this- though i actually never heard of Thrashneverdies myself- they allowed fans to exchange information and foster a sense of community, but sometimes descend into a bear-pit for unwary newcomers!Thrashmageddon- a file sharing site- might be even more important since thats where kids turn for mp3s to actually hear what the music sounded like.
THRASH TILL DEATH!! - its not a soundbyte, its a mission statement.See "Get Thrashed" movie trailer below:

Good article,
I grew up on Metal in the 80s in a suburb of Vancouver Canada. It was hard to get info on music. I recall Mtv feeding us some but mostly ratt, Twisted Sister, Motley Crue, and (Kick them, Kick them) Poisen. Hit Parader and Circus Mags remember them? were a good source. What I found about 7 years ago for my own self was that music sites like aol radio brought forth a new dawning of Metal Knowledge. AOL Radio has a Station called Classic Metal which is amazing, check it out if you can. Bands like exodus, overkill, nuclear assault never met my ears in the 80s, I was the only metal head in my group so dont shoot me. Now with the so called new wave of Thrash Metal Im able to go to Myspace and have a listen of any band I may hear about through google alerts. If I like them I go buy the album! With all the great tours of late Ive been to Megadeth, Testament twice, Anthrax, Exodus, Warbringer (2), Overkill, I saw Metallica back in the day and hope the new album is better than the crap of the last 10 years but thats a different story!! Off to Toronto on Monday to see the Metal Masters tour with Heaven and Hell, Judas Priest, Motorhead and Testament (damn does Testaments sets have to be so short?) Ps Pick up the new Testament its good Thrash,, Warbringer is looking like a keeper as well!!