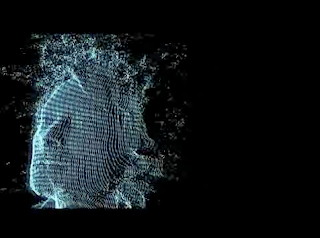 Question: I think this question needs the back story i was in a club in oxford where the gents had been plasterd with old flyers of gigs that had been held there, one of them was for an all dayer featuring fudge tunnel and a oxford shoegaze band called On a Friday as well as swervedriver, what im wondering is did earache take any interest in the shoegaze scene at all? alot of the bands shared the same influences as FT and Godflesh and were heavy in a coherent sense. btw on a friday are still going they have just added a member and changed their name to radiohead! From:


Answer: Well Fudge Tunnel certainly have a lot of fans on this blog it seems- which even tho the band have been defunct for a decade, aint too shabby is it?Maybe a reformation could be on the cards, who knows, but i doubt it! Anyways- thank you for this enlightening question and great bit of trivia-I am gobsmakked- who knew that Fudge Tunnel played a gig with the pre-Radiohead band 'On A Friday'? I had no idea, I bet the members dont remember that auspicious occasion either.

To answer your question, Earache had no interest in the shoegaze scene- Swervedriver, Ride and all that NME lot were too pretentious & studenty for our tastes, tho the original My Bloody Valentine,being infinitely more raucous,could be considered an influence.It was more the Sub Pop grunge scene, most specifically Nirvana which Earache was picking up on.As for Fudge Tunnel- they were Nottingham-based powerful 3 peice making some proto-grunge heavy sounds, and had come to prominence via their first 2 extremely well received singles which were recorded for London's Pigboy label (sub-label of long standing Portobello Rd store Vinyl Solution, 80's/90's label home of The Stupids, Les Thugs, which since the turn of the millennium has traded as the highly successful Visible Noise label- acts like Lost Prophets, Bullet For My Valentine err and Days Of Worth!)

Fudge Tunnel weren'nt an obvious choice for Earache, we had made our name with extreme Death-metal and Grindcore, but I also yearned for the label to branch out a bit, to try to become a bit more mainstream, and at the time of Bleach, Nirvana was my favourite band.We figured Fudge Tunnel might be the English Nirvana.It helped that the label manager of Earache at the time Johnny Barry was best friends with the guys, which made it easier to sign them, tho the band did have some reservations, and did insist on us using a differnet logo for their releases- hence the 50's Cola logo Earache cropped up, which the label used during that early 90's on 'non-metal'titles.Fudge Tunnel did a lot of touring of the UK playing the small club circuit, until Earache's metal credentials eventually got them out of the UK onto Holland's Dynamo Festival and European-wide Sepultura tours etc, at which point they became more viewed as a alternative leaning Metal band.

Heres Fudge Tunnel covering the Cream classic "Sunshine Of Your Love"- the graveyard crops up in so many Earache bands promo shots and clips, because it was closest to the Earache Offices- corner of Mansfield Rd, Forest Rd, Nottingham, fact fans!

Email ThisBlogThis!Share to TwitterShare to FacebookShare to Pinterest
Labels: fudge tunnel, on a friday, radiohead

I've just checked my Fudge Tunnel CDs and none of them have the 50s cola Earache logo. As I remember, that logo came into existence in the mid to late 90s when you really started signing more leftfield acts. Surely Fudge Tunnel had pretty much stopped being a going concern by then?

yes you are correct- the idea of a new logo for the non extreme metal acts was an idea given to me by Fudge Tunnel, but wasn't used on their actual releases- they only had the original classic logo on thier output, it seems
Not sure where that 50s cola logo made its debut- probably some of the non-metal acts in mid-90's as you suggest...anyways that logo fizzled out (geddit- cola- fizzled??) when i came to my senses and resumed releasing extreme metal bands using the classic spikey...Actually it was The Berzerker who started the campaign to bring it back, so cheers to him.