Iron Monkey Cds- out of stock? 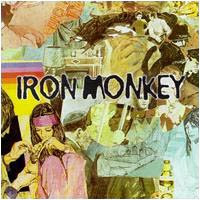 Question: How can I get Iron Monkey album!!! From: victor.daigle@sympatico.ca


Answer:The albums aren't in print, and have not been manufactured for many years, because they were never a big seller, especially in USA where they are quite unknown.Here in the Uk the band had a bit of notoriety during the course of 2 albums in late 90's but again they never broke out of the underground, where, being a trailblazing live act,and one of the heaviest bands to ever walk on a stage, they were quite revered by those-in-the-know.The band split in 1999, and formed various offshoot acts, but tragically the Iron Monkey mainman Johnny Morrow passed away due to a kidney complaint, which he'd had from birth, in 2002.
Iron Monkey are legends to those who saw them -especially in our home town of Nottingham which was their base- and the popularity of Iron Monkey shirts at gigs, is making us consider a re-issue of the 2 classic albums in one package.Its about time the new younger fans who have heard about the legend that was Iron Monkey, were able to pick up the music again.
Posted by Digby at 11:02 PM

So is this actually getting reissued? I saw somewhere the other day that you guys are gonna be packaging the two discs together...any truth to this rumor???